The Church building was originally built in 1915 to serve the Anglican Christian community, and was named St. Barnabas. The building was then further expanded into its existent format in 1932, by architect Ernest Shearman. Now the Church serves the Coptic Orthodox community, and provides a place for the congregation to come together in one communion and fellowship.

Being the only Coptic Orthodox Church located in North West London, St. Mary & Archangel Michael Church has been standing strong, since it was opened by His Holiness the late Pope Shenouda III in September 1996. Since then, it was under the Papal diocese until November 2017, where it became a member of the Coptic Orthodox Diocese of London under HG Bishop Angaelos.

The Church is not simply a platform for just spiritual growth, it is a place where the entire congregation can be proud to call each other family, and ultimately have a sense of oneness and love for life. The Church does this by offering many services and holding numerous events throughout the year to involve everyone from all ages. From meetings, to trips, to sports, to tutoring classes, the Church does so much and encourages not just the congregation, but also the wider community to get involved. Click here for more details of our services.

Having received the Fellowship of the Royal College of Surgeons (FRCS) to practise as a senior surgeon in Ireland and the United Kingdom, Dr Nabil Salama, was doing very well as a doctor after graduating from a University in Egypt. Later on in his life, his love for the Church and service, led him to becoming ordained by His Holiness the late Pope Shenouda III in 1995. He was then named Fr. Mikhail Ibrahim Salama and he was asked to serve at St. Mary & Archangel Michael’s Church in London in 1996. He was a man who laboured for God on many different levels, and he had no partiality in his love, care, prayers and support amongst his congregation. After battling cancer at the age of 68, Fr. Mikhail departed on 11th July 2008. He was and still is the essence of this Church and is still at the heart of today’s congregation. His humility, wisdom, spirituality, humour, simplicity and great love will never be forgotten and will live on from generation to generation. 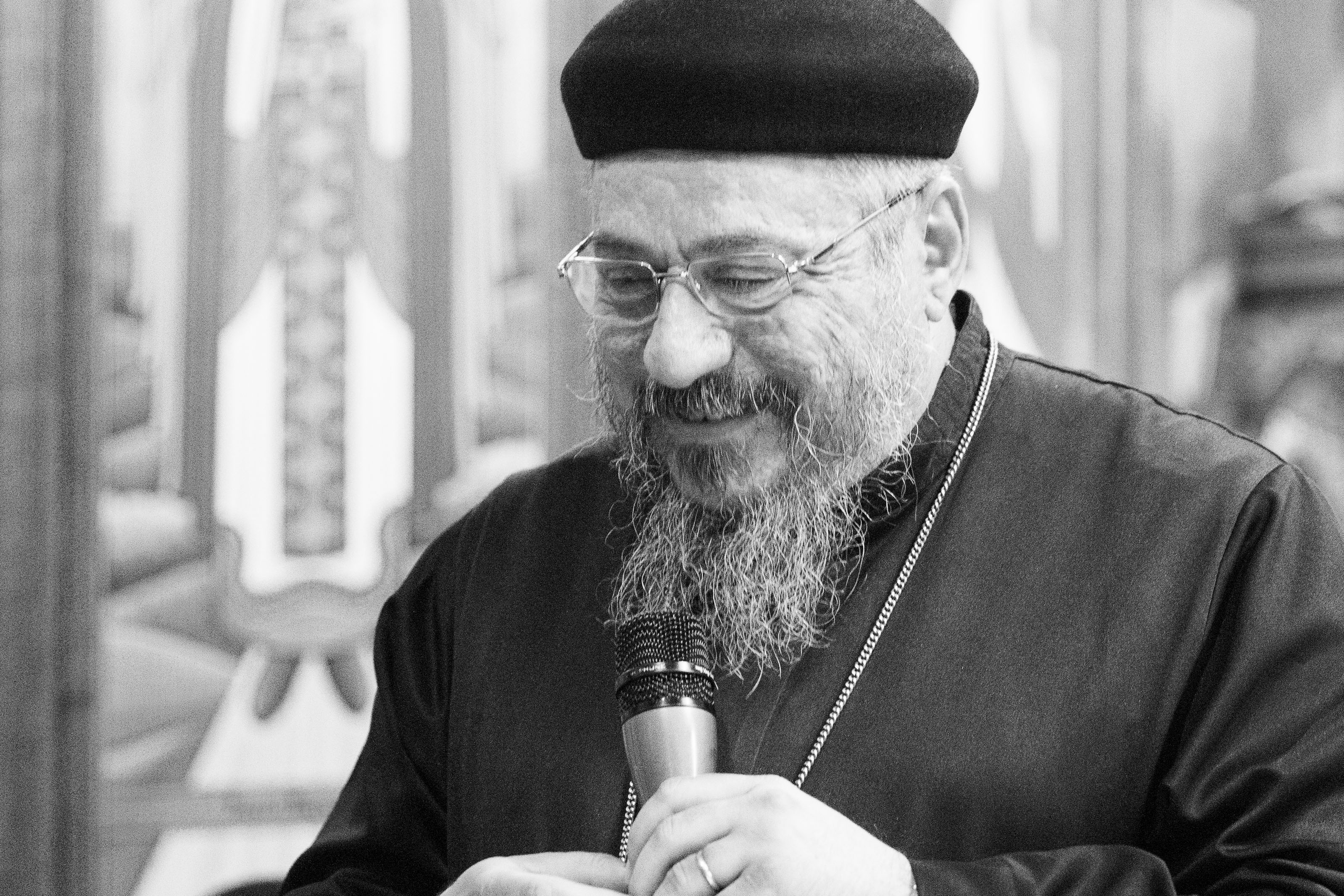 Fr. Looka KamelPriest
Having graduated from the Faculty of Medicine in 1980 from Cairo University, and attaining a Master Degree in Anaesthesia in 1987, Hany Kamel was very successful in the world of medicine. Later on he was then ordained a priest by His Holiness the late Pope Shenouda III on October 8th 2002 and named Fr. Looka Kamel. He started his ministry at St. Mary’s Coptic Orthodox Church, Garden City, Cairo for three years. In October 2005, he was then asked to join the late Fr. Mikhail Ibrahim Salama to serve at St. Mary & Archangel Michael’s Church in London.

Fr. Mina BarsoumPriest
In 2000, Mina Barsoum successfully obtained a Bachelor’s Degree in Computer Engineering from Cairo University. His passion and motivation for technology led him to becoming a Project Manager in a reputable company in Kuwait in 2000. Eventually he came to London in 2004 and was assigned the position of being Head of Business Systems of the National Health Services (NHS). Later on he was then ordained a priest by His Holiness the late Pope Shenouda III on 23rd May 2010, and named Fr. Mina Barsoum, to serve at St. Mary & Archangel Michael’s Church in London.
Need Help? Chat with us
Start a Conversation
Need help? Chat with us here
The team typically replies in a few minutes.
SMAAM Church
Go to Top